Upgrades your heroes damage by a slight amount per weapon.

You can hire heroes that will attack automatically. Heroes scale similarly to the sword master: instead of having skills that increase their own damage, they get damage multipliers at first every 20 levels starting from 10. They keep getting these multipliers as long as you level them, but the multipliers are spaced out more the higher you go (eg. every 30 levels, then 40, etc.)

Heroes have attack types, these are Melee, Spell, and Ranged heroes and area types, Flying and Ground. There are many multipliers to a single type of heroes' damage. Quite early on, you will find yourself specializing in one of the types of heroes, depending on your equipment and pets. However, at first it is efficient to level all the heroes regardless of their type as there will be certain heroes that are efficient at each stage. Heroes also have skills that you can buy when you reach a certain level. The milestones are near the hero themselves. All the heroes' skills affect you globally. They can give gold multipliers, damage multipliers, extra Chesterton and critical chance, and damage for a particular hero type. Most of the skills are worth getting, but some are better than others. Heroes do not get attacked and thus will not die. Hero Weapons and Hero Scrolls add passive damage and bonuses to each hero, once obtained.

This list and their pages list ascend stages, these can and will change based on the power of your gold artifacts, equipment, pets, etc. use for estimation purposes only.

Note: In order to Ascend Heroes, every single Hero must be unlocked first. Once a Hero has reached level 6000, that Hero can be Ascended. Ascended status does not persist thru Prestiges as it will reset the Heroes back to level 1.

Hero Weapons are one of two types of Hero Masteries available. They are upgrades for each of the 37 available Heroes. Outside of earning the rarer variant, Fortune Weapons, Hero Weapons will be randomly assigned to a hero, even if that hero has not been unlocked by a player.

These upgrades are obtainable through Tournaments, Silver and Titan Chests, Daily Rewards, and the Bear Shop.

Similarly to pets, it costs nothing to upgrade Hero Weapons and there is no level cap. Once you have obtained a weapon, it will automatically upgrade its designated hero.

Each level of a given weapon adds a 1.5x multiplier to its hero. This becomes a 2.25x per level multiplier with the Morgelai Sword artifact.

There are two variants of items that can be collected:

Upgrades your heroes abilities by a slight amount per scroll.

Hero scrolls are collected on the completion of a Clan Raid.

Initially it will provide a 5% effect to a heroes abilities, a completed set offers a 10% bonus. These effects can be boosted with Quill of Scrolls and Old King's Stamp artifacts.

Hero scrolls and Fortune scrolls upgrades are collected from the Clan raids.

There are 37 scrolls to collect; one for each hero. Assembling a full collection of scrolls for the first time will provide a 5% ability boost to all heroes. Each consecutive scroll set will add an extra 10% bonus each time.

There are two variants of items that can be collected: 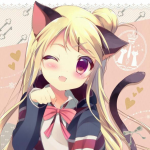 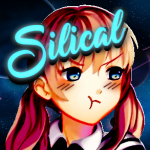 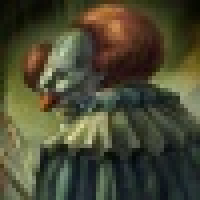 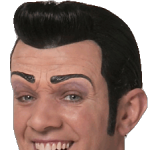